Last Wednesday I wrote a rather depressing post about not feeling so great about my success at the moment.  Well, I am happy to report that by Friday things had turned around a bit.  I had two tasting in one day and a handful of email requests!!!!!

I welcomed my first group to a bubbles tasting- three guys super interested in wine and more specifically the sparkling wines of the Rhone Alps region. 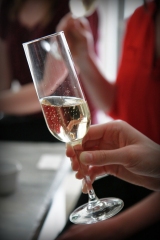 Bubbles Flight – From Vine to Wine 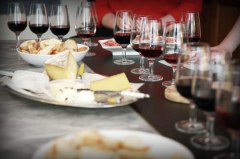 What the French? Tasting – From Vine to Wine

We went to Alsace and the Loire Valley for our whites and then to Bourgogne, Northern Rhone and Bordeaux for the red.  This tastings is always fun in terms of the broad spectrum of wines used, but to explain all the regions of France and how they operate… it is sometimes a daunting task and I can watch peoples brain turn to mush before my eyes.  I had a small amount of fear when I started talking to these two- hoping that their confusion would be settled in the end I served some larger tastes than maybe I normally would have- for educational reasons of course!  Good thing too, because at the end of two hours we had not only gone through the five regions and the french system, but we sent one of them home with a homework assignment and a blind tasting list.

I really love teaching people about French wines.  It gives me a natural high.  These two tastings were completely different- the people, the wine, the conversation.   Sometimes the people coming to taste with me are new to wine, or returning to wine.  Others are so passionate about wine even I get intimidated.  But that is the beauty of it.  Like the terroir changes the wine ever so slightly sometimes, the people and where they come from can also change the way the wine is perceived… sometimes it changes how even I perceive the wine.  An amazing way to end my rather down week.  I look forward to this week and where the wine will take me!

Here is the new tasting room!  Just missing the maps, but I love it!

This whole facebook craze where everyone and their mom is posting “Top 10 Ways to blah blah”, “Top 7 Ways to blah blah something else”, and my personal favorites “Top 14 Ways you are more pathetic than others” or “Top 3 Ways to be less pathetic”.  It’s starting to drive me crazy, but I read it anyway…  The other day I read a couple of them about being a small business owner- Top things small business owners do before noon, top things mentally strong people do, top things that make people succeed in business, etc. I figured maybe it wouldn’t hurt, maybe I would get something out of it, maybe it would jumpstart something.  Boy was I wrong!  I went through a couple of them and the only thing I felt at the end was shitty.  I came to the conclusion that I do not do the right things before noon, I am not mentally strong, and I will never succeed as a small business owner (and my husband wonders why I have a bottle open before he gets home…).

But then I got to thinking a little more and there is just this one tiny little thing I forgot to factor in before my depression into a bottle…. I actually AM doing the right things before noon, I actually AM mentally strong, and I actually AM a small business owner.  What I struggle with is not feeling successful.  What I would like to know, is how many times to I have to feel like I have failed (not brought home a paycheck, not had a client all week, not even a contact)… How many of these kinds of failures must I go through before I start calling it success???  Before I start feeling the success of what I have done…

I haven’t blogged in a LONG time, like 3 months I think… why?  What do I have to blog about?  The truth is that these days I count the failures more than the successes.  Yes, this is my small pity party / rant on life at the moment… but I had to start back somewhere.  I would just really like a

Come drink with me...

What I’ve been drinking…

From Vine to Wine